Ball moved and lost ball (or not…): some answers

QUESTION 1: We were under the Preferred Lies local rule. A player finds her ball on the fringe of the green. She picks up the ball, cleans it at places the ball not nearer the hole. She then went to look at her line of putt and at that moment the ball moves a few feet closer to the hole (there was a slope).

When the ball on the fringe decides to move and go on the green, closer to the pin, the ball is in play. The referee must ask the player if she did anything to cause to ball to move. She said NO, because she was not even close to the ball when it moved. The ball is then played where it lies without penalty. If it is caused by the player, the penalty is one stroke and the ball must be replaced.

IMPORTANT NOTE: When a ball is on the green and it had been marked and replaced, the ball will always be played from that spot even if wind, gravity, or the player causes the ball to move. Without penalty, even if the ball was moved by a practice stroke. 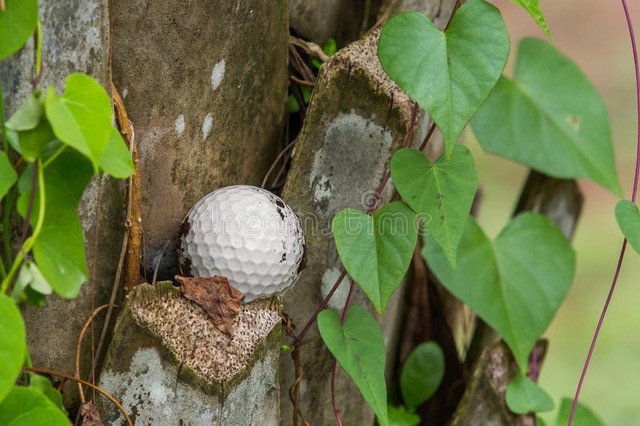 QUESTION 2: The player hits her shot very low, the ball bounces on a root and ends in a tree. The other players saw the ball hit the tree, but nobody saw the ball fall on the ground.

When a ball is not found or not identified, the ball is considered lost. The player must use the Stroke and Distance option. When the player sent her ball in the tree, it took 2 1/2 minutes to find a ball. The player said it was her ball and to move the ball forward, she used her club to hit the branch and the ball fell on the ground, for a stroke.

IMPORTANT NOTE: If the ball had stayed in the tree, it would still have been a stroke. And if later it was discovered it was not her ball, the penalty would have been two strokes.

NEXT WEEK: BALL UNPLAYABLE, we will explain in more details what are the rules for a ball not identified.

Clarifications on the serious breach