Tournois et résultats
Vous êtes ici :Accueil»Les règles selon Édouard»Ball on the green moved: When must we replace the ball?

Ball on the green moved: When must we replace the ball?

Player ask me often questions on that Rule. This week, in Las Vegas, MSOP is organizing a World championship of putting. Players from everywhere in the World are here this week. They are competing for a total purse of 250 000$. Many European mini putt champions will also play against pro golfers. 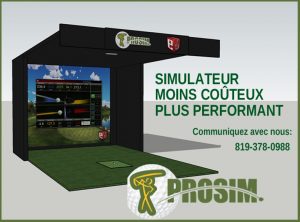 Because of all the money involved, most of the Rules of Golf will be in effect with small adjustments. I will be present on site for all the competitions.

A ball was moved on the green: Is there a penalty?

1. For whatever the reason, if the player does it the right way, there is no penalty.

2. If the player does not play his next stroke from the right place, he will get a penalty of two strokes.

THE BALLE MUST BE REPLACED:

1. The player accidently moved the ball (practice swing, marking or falling on the ball)

2. Ball moved by another person or animal

3. Ball moved by another ball in motion


THE BALL MUST BE PLAYED WHERE IT LIES:

When the ball had been previously marked, lifted and replaced, it will always be replaced even if it was moved by a natural force.

When a ball moved on a green, a player should always, when possible, ask a ruling from the Committee. The player will never be penalized even if the referee makes a mistake.