The causes of slow play in interclubs

In the last weeks I received many comments on slow play in the Interclubs tournaments. This week I would like to give you an idea why this type of competition has a Pace of Play problem and this might give us clues on future solutions.

I played many Interclub competitions and also as a rules officials I can give you 4 guilty parties to explain why it is so slow:

For many reasons I find immoral, a golf club hosting an Interclub event wants to give an extra edge to the local team and the pin positions are often very difficult, sometimes in impossible spots and the green speeds are most of the time different from normal. I even witness a host club putting the green slower because the visiting teams were used to play  faster green!!!!

We will always have slow players in any tournaments. In those type of competition they won’t be faster. Many players don’t really understand the notion of concession.  How often did I see 3 ball markers in less than 12 inches at the same time, because nobody wanted to concede the putts…..they say: any putt can be missed. 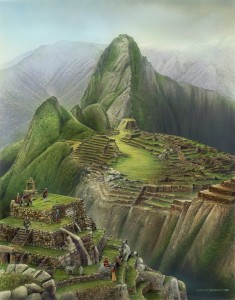 Some golfers lose part of  their brain when they have a caddie. They become very dependent and rely on their decisions all

the time and it take time to decide what to do.

And this is without going any  further in the fact that many caddies are the spouses…….and some of those caddies think they know all the rules…

I don’t think the organisations really had frank discussions on the Pace of Play issues. I see many differences in the regions in the different rules governing those competitions. We don’t have uniformity. Organisations often rely on the host club to make their own rules and some of those rules are completely illegal.

I even saw a club deciding to start the competition so late in the afternoon that players did not have the choice to play faster before darkness.

The organisations don’t have the necessary resources to put in place a proper Pace of Play monitoring system.

Dangerous conditions on a golf course