Disqualification, Breach of the rules and Order of play…

At the Kia Championship, 2 weeks ago, the LPGA player In Gee Chun forgot to sign her score card. She was disqualified from the competition. This type of mistake is inexcusable on a major pro tour:

– This is one the most basic Rules of Golf

– At least 2 persons are at the scoring area

– The last fire wall should be the caddie.

Mistakes happen in golf; it is quite normal. But having to disqualify a player because many persons slept on the job is not something that should ever happen.

Tommy Fleetwood’s caddie broke a spectator sign that was on his line of site. If ever that was a breach of a local rule is not the point I want to make. No referees were assigned on that group. That means that if a player breaches a rule or an opponent thinks he did, the opponent must make a claim. If he does not, play goes on without any penalty.

Dustin Johnson has a 1-foot putt and he picked up his ball. His opponent, Kevin Na told DJ that he had not conceded the putt and to be careful next time. He also told him that he would have conceded that putt anyway and he did not want to penalize him. He also suggested to halve the hole.


At the end of the match, the Rules Committee had a meeting with both players to see what exactly happened. The Rules of Golf stipulates that if two players agree to waive a rule, they will be disqualified. During that meeting, DJ said that he was sure he heard Na give him that putt. The Rules state that a player won’t be penalized if he picked up his ball because he thinks he heard the opponent concede the putt. That was the end of the story….

On Sunday, we saw Matt Kuchar make a stroke at his ball before his opponent even if the opponent had to play for a distance much farther that the position of Kuchar’s ball. The order of play is always determined by the position of the ball at rest. In that case, Scheffler’s ball was in the Penalty Area resting at a distance closer to the hole than Kuchar’s ball. The order of play is not based on where the player will take relief from the situation and play his next stroke.

We saw a few balls land in bleachers around some greens. A player has the right to take relief in order to see the flagstick when the Committee declares some obstructions as Temporary Immovable Obstructions (TIO) . Under PGA Tour hard card, the player has the choice on either side of the TIO. The player must find a spot where he will see the flagstick. From that point he will measure one club-length and will drop a ball inside another club-length. This means more than one club length and less than 2 club-lengths.

This is different from a relief from a cart path. In that case we must find the nearest point of relief and drop a ball inside one club length from that point.

Anytime a player takes a relief and will play his stroke from another place, he may always change balls even if the original ball is recoverable.

Cancellation of a round 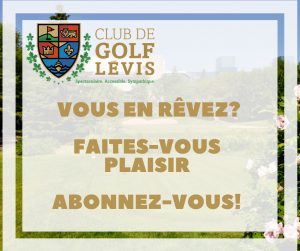